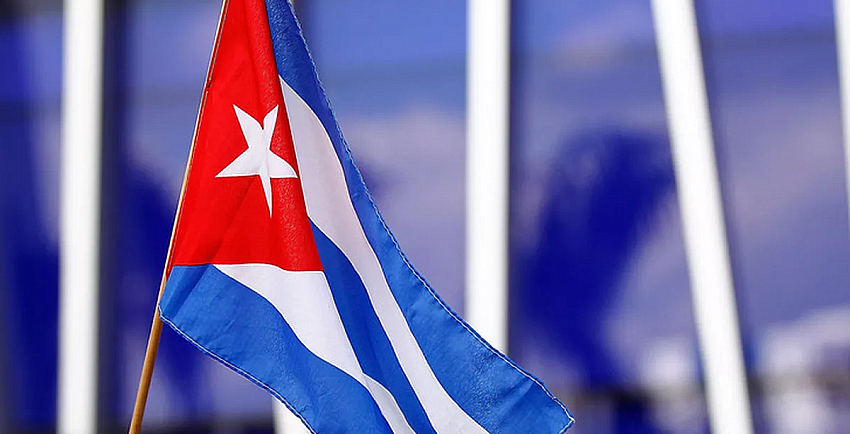 During the EAEU summit in May, one of the questions discussed was granting Cuba the observer status. This is not the first time the Republic has expressed interest in this form of cooperation with the Union. Furthermore, a memorandum of understanding has already been in force between the Cuban government and the EEC since 2018. Havana emphasized its desire to expand trade and economic cooperation with EAEU member states, going beyond the scope of trade in goods. Ricardo Torres, deputy director of the Center for Research on Cuban Economics (CEEC) at the University of Havana, explained to Eurasia.Expert what is pushing Havana to strengthen ties with the Eurasian Economic Union and what it expects from getting a new status.

– Cuba has shown a great interest in cooperation with the Eurasian Economic Union almost from the moment the union was created. What are the expectations of the Cuban authorities from obtaining observer status?

– I should start by saying that I am not speaking on behalf of the Cuban government or any other official entity. The international context has become very adverse for Cuba in the last three years owing to the collapse of Venezuela; deteriorating relations with other Latin American countries like Brazil, Ecuador and Bolivia; and exacerbated US hostility. It is of upmost importance to further strengthen relations with other partners.

Russia is a key ally already, and EAEU members are friendly to the island as well. Gaining observer status within EAEU is an additional step to foster trade and cooperation at a time Cuba’s economy is struggling.

– How favorable is the investment and business climate of Cuba in terms of attracting investments from the EAEU countries?

– The investment climate has improved in recent years since the enactment of the new foreign investment law in 2014. Other procedures were updated as well. However, challenges remain. Cuban bureaucracy is heavy and the island’s unique exchange rate system and the centrally planned nature of the economy pose obstacles to foreign investors who often complain they lack a natural counterpart in Cuba. To the best of my knowledge there is not special provision for companies of EAEU countries. However, it is well known that Cuban authorities have favored Russian projects in recent years as part of warming relations between the two countries.

– The UN called upon the US to lift sanctions against Cuba because of COVID-19, but the Americans did not heed this call. What difficulties does the Cuban economy face amid the pandemic, and what measures do the Cuban authorities take to minimize the consequences?

– The pandemic is affecting Cuba through reduced trade, international tourism and decreasing remittances. The island already faced pressure on its balance of payments and those difficulties are growing amid the global recession.

So far, Cuba has been very successful dealing with the health emergency owing to vast pool of human resources and well structure health system. Borders are closed and non-essential activities are suspended. The big challenge is the economic fallout from the pandemic.

– How do you assess the Russian-Cuban cooperation in the fight against the coronavirus pandemic?

– I am not aware of any specific project between the two countries. I understand there has been a lot diplomatic and political mutual support, including cooperation in international form. However, I belief there is room for engagement in the areas of epidemiology, development of new treatments and vaccines.

– China is the second largest trading partner of the island after Venezuela. In November 2018, Cuba signed an agreement on participation in the Chinese project “One Belt – One Road”, but China’s investment in the country is very small. What is the reason for this?

– The two countries signed a MoU for Cuba’s participation in the initiative. To the best of my knowledge, no project has been singled out as part of the MoU.

I believe there are three primary reasons behind China’s caution: until recently it seems that Beijing did not want its relations with Cuba to create an irritant for its links with the US, far more important strategically; given the economic situation in Cuba and the rather unclear reform path, Chinese companies judge the business climate not robust enough for their operations; as a small island without much natural resources, Cuba does not fit well within the pattern of Chinese overseas investment.

– How do American sanctions affect the Cuban economy and how do Cuban authorities get around them?

– The sanctions are very comprehensive and essential cover every aspect of Cuba’s engagement with the rest of the world. The recent wave of new sanctions under the Trump administration has targeted some of the main sources of foreign currency: tourism, medical services, remittances and trade with Venezuela, the main supplier of oil until very recently. Financial sanctions also increase trade costs and make foreign financing more onerous. Some sanctions are hard to circumvent. Cuba’s strategy has been focused on strengthening relations with the European Union, Russia, China, Vietnam. They all opposed US embargo on the island.

– Recently there was an armed attack on the Cuban Embassy in Washington. What, in your opinion, can explain this attack?

– After the Revolution there is always been extremist groups operating in US soil against Cuba. At times, they serve well US policy during the Cold War. Although their influence has diminished in recent decades, the hostility of the current administration has empowered those groups, which could lead to actions like this. Some elements feel there is tolerance for violent actions providing they are directed against Cuban interests. There has not been a formal declaration condemning the attack from US authorities.