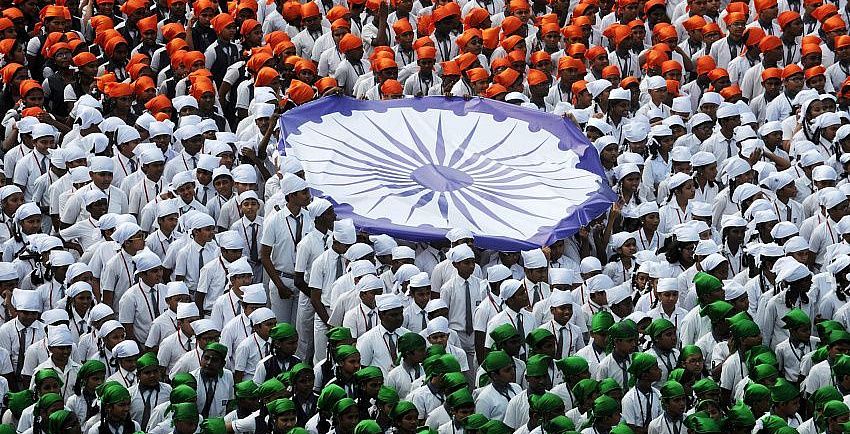 As the Eurasian Economic Comission reported on the eve of the May EAEU summit, negotiations with India on the creation of a free trade zone (FTZ) are entering an active phase. The Commission sees serious potential in this cooperation. However, at the moment New Delhi's key task is the fight against coronavirus pandemic: the number of cases is growing and the country has already taken the 5th place worldwide. However, the death toll from the virus in India remains quite low and from June 8, authorities began the first phase of reverting the isolation. How the country copes with the pandemic and what are its prospects for cooperation with the EAEU in the near future, Eurasia.Expert correspondent has asked Shoaib Khan, a researcher at the Center for Central Eurasian Studies at the University of Mumbai.

– 18 million residents of large Indian cities who did not have access to the help of doctors died from the Spanish influenza in 1918-1919. However, regarding the coronavirus India managed not only to avoid numerous victims, but also to announce imminent removal of quarantine. How did India manage to defeat the coronavirus?

– First of all, I would like to make it clear that India has not yet managed to overcome the pandemic, nor has any other country. It is too early to jump to this conclusion. The new coronavirus pandemic has resulted in an unimaginable loss both to the global and Indian economies. Also, the loss of human lives has been unprecedented in the current era.

The anxiety is caused not only by the numbers but also by the pace at which the challenges have emerged. The government and doctors are constantly adjusting the strategy and the response to this pandemic. Concerns about what will happen if a transmission from person to person begins in densely populated areas of the world's second largest population are growing.

According to Mike Ryan, the director of the WHO emergency programs, India is an extremely populous country and the future of this pandemic will be determined by what will happen to densely-populated countries. It is important that India takes an aggressive action at the level of public health and at the society in order to suppress this disease.

The prime Minister Narendra Modi made an announcement about a nationwide lockdown on the 25th of March, what has triggered a massive influx of the mass labor migration from industrial towns. Deprived of work and livelihoods, these migrants began their tough journey back home on foot or by bicycles.

In April the World Bank announced that migrant workers who return home could have become the carriers of the coronavirus to the unaffected states and villages. Preliminary findings indicated that many migration areas in India are likely to have COVID-19 cases.

There is an Asia's largest and Mumbai's the most important small-scale industrial and residential slum called Dharavi behind my village. It is also one of the most contaminated zones in the city with the biggest number of cases. The area had been inhabited over the last 150 years and experienced a mass migration of the laborers to their hometowns. The empty lanes and locked doors are common across this busy crowded area. These are clear signs of a heavy shock to the economy which is already slowing down.

– According to the experts, India has overcome the virus, but the country is at loss about how to deal with quarantine measures. What can you say about this? Have the Indian authorities developed a strategy for the further development of the country after quarantine?

– Dealt with infection – yes, to an extent that there are cases of patients who recovered but the infected cases are still rising. The government has planned to apply a complex strategy against the spread of the virus. The states were offered to form a rapid-response teams at the levels of districts, blocks and villages. It is said that that there have been cases of the virus transmissions in the communities. All the foreign nationals who arrive to the country, are being checked at the most of airports.

Initially India has imposed several precautionary measures to mitigate the disease, however it will not be easy to control the denser population of the country for a long time, if the government may need to change some long-term strategies.

The authorities has begun to phase out the lockdown with routine activities being allowed in many parts of the country based on the zone they belong. However, there are great variations from state to state, and even from district to district.

As for the government strategy, I have not been much through it but going through the news channels, you could see that the opposition in the country is questioning the post-lockdown strategy of the government. India's geographical area, socio-economic diversity, demographics and politics create a unique challenge. The period after the lift of the lockdown is the most crucial for any country as that is when there will be a rise in the number of cases. In an India’s case the problem is compounded because it still has to «smooth the curve». Even though the Prime Minister emphasized that it is important to formulate a common exit strategy, in order to ensure a smooth return of the population after the lockdown ends.

The pandemic has not exploded in India, but the risk of that remains as the country moves towards the exiting the lockdown that was imposed in March to prevent the spread of the disease.

– A lot of videos were posted on social networks about how authorities beat the quarantine violators with the batons. How does Indian society evaluate such methods of a punishment?

– The Indian authorities fell under a flurry of the criticism after video clips appeared on social networks in which officers beat and humiliate people on the street to ensure the coronavirus quarantine in the country.

Several politicians, celebrities and journalists have highlighted the police violence against migrant workers who are risking to go out of the house during the lockdown. These measures have forced migrant laborers to travel back to their homes on foot after losing their jobs in urban areas.

Numerous reports of the police targeting people who risk to buy essential goods or to work for the essential services such as medicine, have emerged. Officers have reportedly beaten people with sticks and sometimes forced them to crawl or do pushups.

The workers who had returned from Delhi, were covered in a bleaching agent, sodium hypochlorite, which can cause damage to the skin, eyes and lungs, reported the Indian Express. In other places, in Punjab, people who were accused of breaking quarantine rules, were made to do squats while chanting: «We are enemies of society. We cannot sit at home».

According to one report in West Bengal, police allegedly beat a 32-year-old man to death, after he had stepped out of his home to get milk.

Social activists demand Indian police to be ordered to act with restraint while keeping the lockdown. In several states photos and videos show police beating people who are trying to get essential supplies. Such misbehavior incidents have been reported from all across the country, indicating that they reflect a problem with the fundamental character of the police in India. They are neither isolated, nor region-specific.

«The Amnesty International» and the «Human Rights Watch» called the police forces in the country to act with restrain while maintaining law and order during the coronavirus lockdown.

– In 2020 Moscow and New Delhi stepped up the work on an agreement on a free trade zone between India and the Eurasian Economic Union. How do you assess the prospects of such cooperation and what opportunities will this agreement open for the Indian economy? What are India's expectations?

The economic relationship between India and the member states of the Eurasian Economic Union have been rapidly developing rapidly in the recent years, particularly under the influence of India’s far-reaching process of the economic reform of the last year, Indian government's emphasis on the infrastructure development, creation of a roadmap for reforms, promotion of doing business, ramping up investment, creating a competitive, predictable and transparent tax policy and a promotion of the economic integration processes between the EAEU member states.

India expects that along with EAEU both have possibilities to contribute to the competitiveness of industrial sectors in each country of the FTA, enhancing two-way trade and improving conditions for business cooperation.

Also, the findings of JFS indicate that the liberalization of agricultural trade could bring sufficient positive opportunities for both sides.

Particular attention during the negotiations on tariff liberalization should be given to goods of major export interest to both parties. Successful completion of the task of improving market access conditions for key export goods will stimulate trade in both of the agricultural and industrial goods, maximizing the mutual benefits of the FTA. At the same time, specific differences in the economic development and other relevant aspects of the economies of both sides should be taken into account.

– Do you think that an agreement on the free trade zone creation between India and the Eurasian Economic Union can be signed this year?

– It is difficult to say right now. However, there is a good reason to believe that this will happen in 2020 as it offers Indian manufacturers access to the EAEU's combined market with a population of 173 million people. At the same time, it must be recognized that Russian enterprises are less likely to be destructive for the Indian market.