Joseph Nye: US-Russian Relations Must Be Improved to Prevent the Possibility of the Third World War 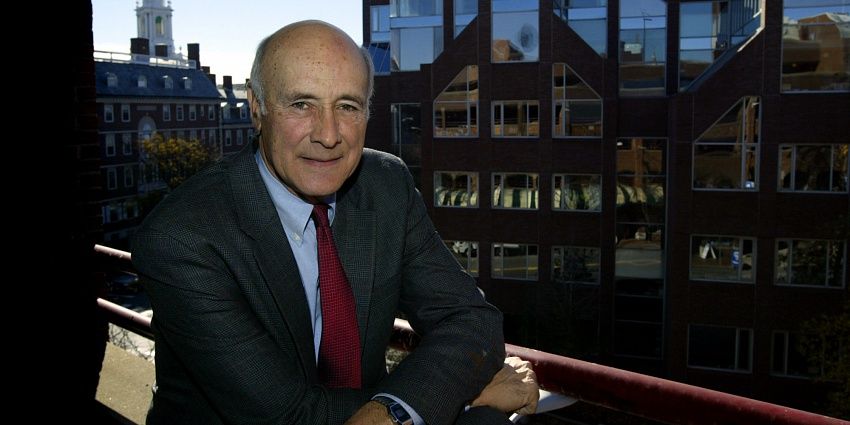 In modern politics, the concept of “soft power” is voiced quite often. There are ongoing discussions on the effectiveness of this approach and whether it should be used at all. Eurasia.Expert met with the author of this concept, American political scientist Joseph Nye, and spoke with him about the way in which modern politicians understand “soft power”, how successful the US is in using it, and whether the confrontation in Russian-American relations can lead to a “hard power” conflict.

– You own the concept of “Soft power” that was developed in the 1980s and has become one of the most significant concepts in world politics, economics and diplomacy. Today, more and more countries are using soft power in their policies. What are your observations? Can we say that the new varieties of the term “soft power” have emerged?

– The basic concept of soft power has not changed, though it is often misunderstood and misused to refer to anything that is not military power.

Power is simply the ability to affect others to obtain the outcomes you want. You can affect their behavior in three main ways: threats of coercion (“sticks”); inducements or payments (“carrots”); attraction and persuasion that make others want what you want.

A country may often obtain preferred outcomes in world politics because other countries want to follow it, admiring its values, emulating its example, aspiring to its level of prosperity and openness. While many real world situations involve all three types of power, and soft power alone is rarely sufficient, its presence can be a force multiplier.

Soft power rests on the ability to shape the preferences of others. It is not the possession of any one country, nor only of countries. For example, companies invest heavily in their brands, and non-governmental activists often attack company brands to press them to change their practices. Non-profit organizations manage their images to increase their soft power.

In international politics, the soft power of a country rests primarily on three resources: its culture (in places where it is attractive to others), its political values (when it lives up to them at home and abroad), and its foreign policies (when they are seen as legitimate and having moral authority.) Soft power is ubiquitous at all levels of human behavior from individuals to nations, and it is likely to become increasingly important because of the information revolution we are living through.

– And what can you say about the soft power of the United States? How do the US get on with this term, especially the Trump administration?

– Many polls report that American soft power has declined since the beginning of the Trump Administration. “America First” may appeal to some Americans, but when applied in a narrow way, foreigners hear it as a demotion.

Trump’s tweets have helped him set the global agenda, but they do not produce soft power if they are not attractive to others.

Some in the administration seem to believe that the soft power of attraction is irrelevant; only the hard power of military and economic instruments matters.

When Trump’s acting chief of staff, Mick Mulvaney, was budget director, he boasted about a hard power budget that would have slashed funding for the State Department and the US Agency for International Development by nearly 30%. Fortunately, Congress restored some of the funds, but the struggle continues.

As I show in my forthcoming book, Do Morals Matter? Presidents and Foreign Policy from FDR to Trump, the current president is not the first to lie or to pursue a myopic conception of America’s national interest. Lyndon Johnson, Richard Nixon and George W. Bush had strong negative effects on American soft power, but the country recovered.

Given past experience, there is every reason to hope that the US will recover its soft power after Trump, though trust has been damaged and more far-sighted policies and better public diplomacy would certainly help that recovery.

– Some experts say that American influence in the world is gradually decreasing. Is the American age ending?

– I think American power has decreased since the beginning of the century, but I do not think China is about to pass the US in power. Imagine a visitor from Mars looking at the cards each player holds. Contrary to the conventional wisdom, our Martian would be wise to bet on the US. One of the high cards is geography. The US is surrounded by oceans and neighbors that are likely to remain friendly, despite Donald Trump’s mistaken policy.

Energy is another American power resource. A decade ago, the US seemed hopelessly dependent on imported energy. Now the shale revolution has transformed it from an energy importer to exporter.

Meanwhile, China is becoming more dependent on energy imports from the Middle East, and much of the oil it imports is transported through the South China Sea, where the US maintains a significant naval presence.

Finally, the US dollar is an American power resource. Of the foreign reserves held by the world’s governments, just 1.1% are in renminbi, compared with 64% for the dollar. A credible reserve currency depends on deep capital markets, honest government and the rule of law — all lacking in China.

So the US has impressive power resources, but the mistake of the Trump administration to try to go it alone. More and more issues like climate change, pandemics, transnational terrorism require cooperation with other countries and that requires soft power of attraction.

– Today, after coming to power of Donald Trump, the United States is waging the so-called economic war against Turkey, Russia, China, a number of European countries, and India. In your opinion, are all these sanctions, trade wars threatening the humanity, the younger generation? What could be the consequences?

– Trump has been accused of weaponizing economic globalization. Sanctions, tariffs, and the restriction of access to dollars have been major instruments of his foreign policy, and he has been unconstrained by allies, institutions, or rules in using them.

According to The Economist, America derives its clout not just from troops and aircraft carriers, but from being the central node in the network that underpins globalization. “This mesh of firms, ideas and standards reflects and magnifies American prowess.” But Trump’s approach may “spark a crisis, and it is eroding America’s most valuable asset – its legitimacy.”

Trump is not the first president to manipulate economic interdependence, nor is the United States the only country to do so. For example, in 1973, Arab states used an oil embargo to punish the US for supporting Israel in the Yom Kippur War. Shortly thereafter, Robert O. Keohane and I published Power and Interdependence, a book that explored the variety of ways in which asymmetrical interdependence can be manipulated as a source of power. But we also warned that short-term gains sometimes turn into long-term losses. And the danger of Trump’s approach is that it damages the institutions that we will all need for cooperation on the issues mentioned above.

– The United States and Russia terminated the Treaty on Intermediate-Range and Shorter-Range Missiles (INF), the interests of the two major powers clashed in Venezuela and Middle East. Prerequisites for an arms race are emerging. What guards the world from the start of the Third World War – is it nuclear weapons, or is it other reasons?

– I do not think there will be a third world war because that would be suicide for both countries in the nuclear era. Miscalculation is always possible, as happened in 1914 when countries expected a short third Balkan War, but wound up with the first world war that led to the collapse of three empires.

If those leaders had a crystal ball, they would have avoided war. Nuclear weapons have a crystal ball effect, but American and Russian leaders must be careful that they do not drop and shatter the crystal ball. Miscalculation is part of human life, and we need much better US-Russian relations to prevent it.