Pentagon Advisor: Soros Provokes Civil War in the US 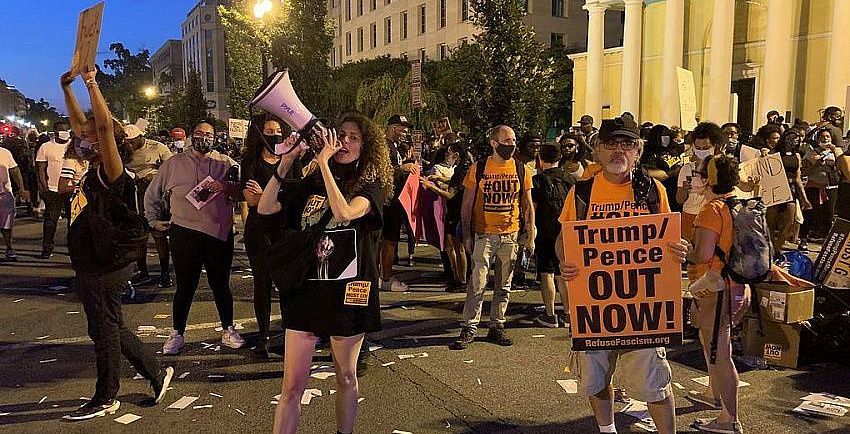 Mass rallies of thousands of people protesting against racism and police violence that swept across the USA after the death of African American George Floyd, and their harsh suppression by the authorities caused a wave of condemnation both in the United States themselves and around the world. German Foreign Minister Heiko Maas criticized Washington’s approach to resolving the situation, while the Russian Foreign Ministry called upon Washington to “recall its own advice on respecting human rights”. In a commentary for Eurasia.Expert Pentagon consultant, retired US Army Major General Paul Vallely estimated how will these protests end and what are the goals that initiators of the riots are trying to achieve.

– In the United States, the unrest caused by the death of George Floyd after being detained by the police does not cease. What, in your opinion, is the true cause of this, with the exception of the very fact of the death of an African American?

– Left-wing anarchists took advantage of the death of George Floyd. Protests and demonstrations were well-coordinated and pre-planned by such groups as Antifa and Black Life Matters anarchists. The Socialist Democratic Governors and Mayors provided no leadership to quell the riots and protect citizens and businesses.

– Some experts argue that the United States is on the verge of a revolution. Is situation really that serious?

– Who leads the protests and to whom are they beneficial?

– Soros and his organizations funded the protests for the most part. They benefit by trying to change America to be a Socialist State.

– Riots swept across several states. In your opinion, will protests continue to spread?

– Riots are subsiding as of today with the introduction of Patriots Groups, the National Guard, and Active US Forces. Some riots will continue for weeks in major cities.

– How do you assess the behavior of the American police towards protesters? Some organizations accuse the United States of gross violation of human rights, of excessive use of force. What do you think of it?

– Police overall are now doing better job but the left wing socialist Mayors, who the police work for, have been very weak in protecting the citizens. Our Patriotic groups now are standing up in many areas to assist the police and National Guard.

– Ex-President Obama’s Advisor Susan Rice spoke of Russia's involvement in the unrest in the United States. What do you think of this idea?

– Obama and Clinton groups continue to lie with their propaganda machine and to attack Russia and Trump where there is no evidence.

– Is ongoing unrest in the US a threat to democracy? What will it lead to?

– Riots are designed to threaten our Democracy and form of government. Riots will continue to foment the civil war. American Patriots will overcome this civil threat.